Reducing Holiday Waste is Something to Celebrate!

Reducing Holiday Waste is Something to Celebrate! 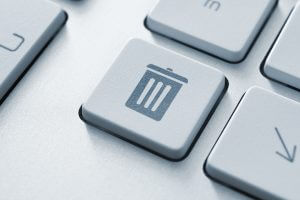 The end of the year brings about a time for giving and receiving. Children get brand new toys and clothes while adults indulge in new flooring, unused furniture, modern appliances…. Then there are all of the boxes, wrapping paper and plastic that presents come in. Getting new stuff is exciting and fun, however it doesn’t mean to just throw away the old. There are children who aren’t getting anything for the holidays and would love to have recycled toys and clothes. Donate when you can instead of adding to holiday waste!

Be responsible with what you are putting into the landfill.The holidays can be an overwhelming time, but it doesn’t mean that the garbage doesn’t get sorted. Plastic, metal and cardboard are all reusable and recyclable. Clothes can earn you a tax credit if you bring them to a donation center and get a receipt or just give them to someone in need directly. Hurricane Sandy caused tens of thousands of families to lose all of their possessions, including; money, clothes and furniture. If you don’t have the resources to bring these items to a donation center, call a junk removal company or a charity to pick them up. According to Recycle Works, from Thanksgiving to New Years Day, household waste increases by more than 25%, adding up to an additional one million tons a week to our landfills.

Did you know there is over four million tons of gift wrapping and shopping bag waste in the United States each year or that the number of Christmas card’s cards sent number over two and a half billion each year? The volume of this junk would easily fill a football stadium over ten stories high. We can help fight this madness if we each send one less card each year, thereby eliminating the annual 50,000 bicubic yards of paper lost in the holiday celebration disposals. One solution is to send an e-card instead. Each family could save the planet from the pollution of a ribbon thirty-eight thousand miles long (enough to tie a holiday bow around Earth) if they reused only two feet of holiday ribbon! With rising carbon dioxide levels, planting trees is more important then ever to suck up that extra harmful gas. Our planet is overheating causing these weather phenomenon that can be avoided if everyone did their part.

One of the most wasterful resources at holiday times are Christmas trees. They are beautiful to decorate and there is nothing like the smell of a fresh tree to bring on the holiday spirit. In the United States alone, over fifty million Christmas trees are bought each year. Over thirty million of these trees end up dead in the landfill after the holiday celebrating Jesus’s birth is over. We used to throw my dying tree in the backyard to decompose back into the earth. Now we just get potted trees that can be reused every year. Not judging anyone that has a chopped tree but if you really think about it, what are we doing to these precious living sources of oxygen and CO2 filters? We can all truly take part in energy and environmental conservation by practicing a little self-restraint, or rather making ‘smarter choices’ when it comes to deciding on what to include in our holiday celebrations.